“The Penta 721 is a versatile and flexible core for distribution of digital audio via AES/EBU and MADI as well as routing via Dante IP Gigabit Ethernet and optical fibre networks,” states Mikael Vest. “The interface versatility and compactness of the Penta 721 make it the audio equivalent of a Swiss Army knife, as will be appreciated by sound engineers needing to integrate audio equipment across various locations at a production venue. A full-bandwidth uncompressed network can be established quickly and easily, connecting an entire remote site or studio premises over a single Cat 5 Ethernet cable.”

The Penta 721 is TCP/IP controlled via one or two Ethernet ports. IP Audio routing of large systems is manipulated via NTP Technology’s RCCore router control system which allows easy setting of connections on Gigabit IP Ethernet. Dedicated control software compatible with Microsoft Windows can be used for controlling and setting up the Penta 721 on a unit-to-unit basis when less advanced operation is required. The Penta 721 can also be controlled via Audinate Dante IP Audio routing controller software.

Available now at US$3,490, the Penta 721 occupies a one rack unit chassis and can be fitted with a single or main-and-redundant dual power supply. 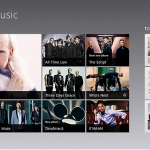 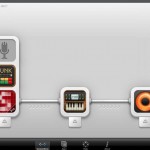