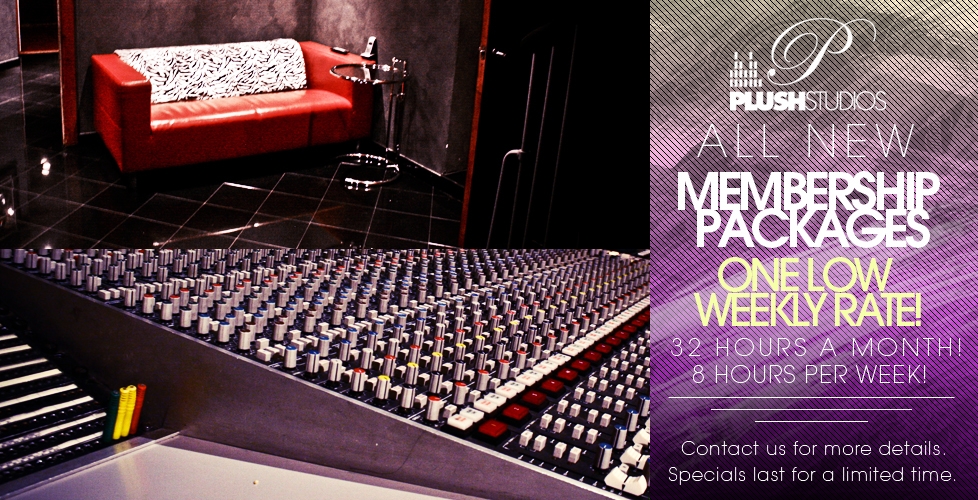 The best way to make a hit song, is to do it with people who have done it before.

For over two decades, Plush Studios has been Orlando’s premier music studio. As the only recording studio in central Florida with diamond, platinum, gold and GRAMMY winning credits, Plush is where Orlando makes music that the world loves to listen to.

Since it was founded in 2007 by Aton Ben-Horin, now Global Vice President of A&R for Warner Music Group, Plush has become a launch pad for the careers of some of today’s most celebrated music industry professionals. More than just a recording facility, Plush Studios is a community built by and for music lovers and creatives; a home base for some of the greatest audio engineers, songwriters, music producers, artists, artist managers, A&Rs and record label executives of our generation.

The studio itself has been in business for over twenty years, but some of the gear within its walls have a history that goes back much further. The SSL analogue recording console in the A-room originally belonged to Georgio Moroder, who is charged with pioneering EDM (dance music). It was on this console that Georgio mixed the music for films such as Scarface, Top Gun (including the hit single “Take My Breath Away”), Flash Dance, The Never Ending Story movies and Superman 2—the first Superman movie to have its own score. The Augspurger speakers that are mounted into the walls of A-room were first housed in the A-room of Hit Factory New York, where they were utilized in the making of classics like Bruce Springsteen’s “Born in the USA”, Stevie Wonder’s “Songs in the Key of Life,” and Paul Simon’s “Graceland.” They are the same speakers used by John Lennon during his last recording session, which ended on the day he was taken from us. The role that Plush’s gear has played in the development of contemporary music would justify display in The Smithsonian.

If you are ready to make a hit, our doors are open to all creatives–local and global. Call us for more info or to schedule your free tour today at 407.695.4484.