Audiobus posted an update yesterday on their long-awaited live app-to-app audio streaming system for IOS. Their answer doesn’t do much for those of us who have already chewed our fingernails down to the bone in anticipation:

Today we’ve sent out the very likely final iteration of the software development kit (SDK) to the developers of the first apps that will be Audiobus compatible. In the 6 weeks since Apple approved Audiobus, we’ve worked with many different development teams. Bugs have been fixed, changes in the SDK have been made to accommodate the best suggestions. Beta versions have been tested, lots of conversations been had about user interface design.

Launch dates have been suggested and discussed. Truth is, initially we thought Audiobus would be there in May or June. From postponing launch by a few months, to a few weeks, we’re now postponing it by days. Which means you, dear reader, are getting real close to holding Audiobus in your hands.

Why aren’t we there already?
What makes Audiobus different from every other project that we’ve worked on before is the amount of interdependency between apps that support it…Another level of complexity is added by the fact that audio must be low-latency and in sync with other streams, or musicians will complain — and rightfully so. At the same time, audio recorded from the system has to be flawless and glitch-free, because users won’t accept artefacts in the final renderings of their recordings...Then, there’s the part where we’re trying to launch this together with more than half a dozen other development teams...Teams which are located on three different continents and probably twice as many time-zones...Teams with different priorities and time-frames for the next update of their apps...And teams with a wide variety of ideas about how their app can most benefit from Audiobus.

Short Answer: Don’t hold your breath. It’s coming…but apparently no one knows when. 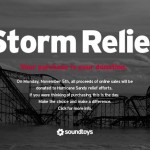