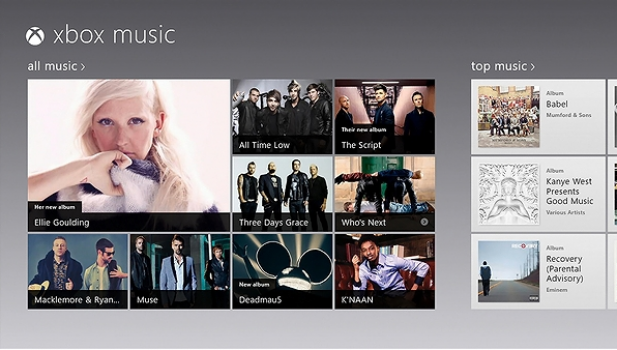 Microsoft may have fallen behind in the digital music world, but has remained a key living room guest with the XBox. The company plans to move into other areas of the home, and entertainment, with their new music service- which combines key portions of their competitor’s services: you can purchase music (a la iTunes), listen to channels based on specific song-styles or genres (Pandora) or stream music whenever you want (Spotify)- and you can pay an optional monthly fee to stop those pesky ads from interrupting your jam sessions.

“While the PC market does not generate the excitement it once did, people still buy hundreds of millions of computers every year, the vast majority of which run Windows. Mark Mulligan, an independent music analyst in Britain, said Microsoft’s bundling of Xbox Music into its ubiquitous operating system could be a way to push digital music services further into the mainstream.” (NY Times)

“XBox Music users will be able to listen to a catalog of 30 million songs for free through Microsoft’s XBox gaming console and on computers and tablets running Windows 8, the latest version of the software giant’s operating system, which is set to begin shipping October 26th. There will be no initial limit for how much music can be streamed, though that may change in the future.” (Rolling Stone)

Microsoft picks up on Apple and Google’s perk of being able to access their services through mobile devices, but also added the ability to still get other music services through the app store. The new service works on combining key features from various companies and programs to make a one-stop entertainment device in the XBox. Can a hybrid video game console really take down the Apple gods?

Can you hear like an audio engineer?
NTP Technology introduces Penta 721 IP-compatible audio interface to US studio and broadcast market
Call Now Button