Being a music engineer requires a highly trained ear. A fellow engineer, Matt, has put his 4-part hearing test on the “interweb” for you check how sharp your own auditory skills are.

Here’s how Matt explains the test:

“What I have below is a series of approximately 1khz sine waves, in sets of two. In each test I’d like you to try to discern which tone is sharper than the original tone. Pitch is measured in tones, and cents. A semi-tone is considered one pitch. Thus, A# is a semi-tone higher than A. A cent is a percent of a tone. So 50 Cents up from A would be half way between A and A#.

Supposedly, the smallest discernible difference in pitch is +/- 6 Cents. That’s a 1/16th of the way to the next semi tone. So, we’ll start off just by comparing a tone and a tone that is 50 Cents sharper. Then we’ll move down the ladder, to 25 Cents, 12 Cents, etc. Personally I find 12 Cents to be difficult to identify, and I’ll concede that it’s easier to hear pitch difference when two sounds are played simultaneously.” 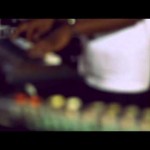