It was a night full of great vibes, booze, and good people!

Nikolai Paiva (NIKO IS) was born in Rio de Janeiro and moved to Florida with his mother at the age of 7 in pursuit of a better life. Niko has managed to create a distinctive sound and style that has gained him recognition as a notable songwriter, witty lyricist, visionary and best freestyler in Orlando. The hippie with the fro recorded a track with NYs very own ACTION BRONSON this summer as well as opened for him in Orlando. The Bronson feature will be on his highly anticipated 4th release of the year ‘CHILL COSBY’. NIKO IS, is a conceptual idiom symbolizing the many personas and identities one experiences and is reflected through his albums. Listen and Download all of them right here: www.nikoismusic.com

2012 is turning out to be a huge year for NIKO IS. His upcoming project ‘CHILL COSBY’ will be his 4th official release of the year and will include the collaboration with Action Bronson for free download. This work ethic and consistency has helped NIKO IS emerge as one of Florida’s premier indie artists. CHILL COSBY will be released DECEMBER 3rd on djbooth.net. 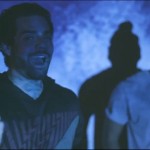 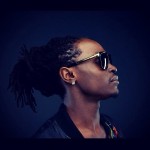